The inaugural Rails & Ales: Light Rail Brewery Crawl featured all eight breweries along Metro Transit’s Green Line, each of which featured a mix of their flagship brews and specialty beers just for the day.  Throughout the event, our participants voted for their picks for the Green Line Beer of the Year. The people have spoken and the votes have been counted, so read on to see the winner and the runner ups (in no particular order)…

WINNER of the 2014 Green Line Beer of the Year: 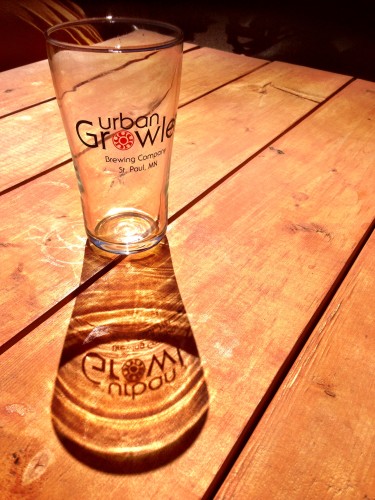 Rhubarb Wit from Urban Growler: Part of their “Plow to Pint” series, this delicious belgian-style wheat beer has a slight tartness that comes from the locally grown rhubarb used in its fermentation.

Schottky Pumpkin Ale from Tin Whiskers: This brew is to be released in the fall, and is a perfect match for falling leaves and pumpkin pie. It is an amber with a sweet pumpkin flavor.

Amarillo Dry IPA from Day Block: One of Day Block’s ever changing line-up of craft beers, this IPA features a well balanced bitterness that is top notch!

Fused Lime Shandy from Burning Brothers: Their American Pale Ale (Pyro) is the base of this amazingly refreshing concoction that has been turned into a tart, fruity, sweet blend of deliciousness! 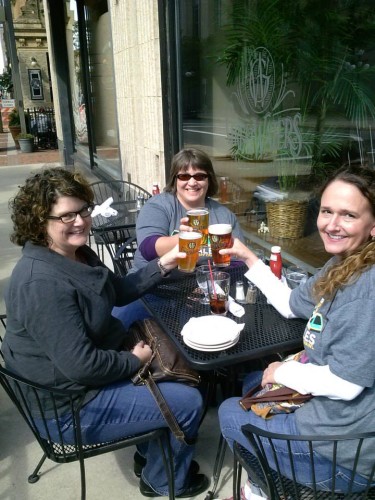 Black Watch Oat Stout from Great Waters: Great Waters is known for its collection of cask beers and the full bodied flavors of the Black Watch are really highlighted as a cast conditioned ale.

Graffiti Rye IPA from Urban Growler: A perfectly balanced IPA that features 3 different varieties of rye and a whole lot of hops.

Red Cream Ale from Day Block: This Cream Ale has just a touch of roast and low bitterness. It’s a perfect beer for a crisp fall day!

Wheatstone Bridge from Tin Whiskers: An American style wheat that appeals to every palette with its combination of honey and chamomile tea flavors.

Infused Lonely Blonde from Fulton: (Specialty Release) One of Fulton’s lighter beers, but still full of flavor, especially after being infused with all kinds of amazing flavors! It brings together the perfect trifecta of hops, malt, and wheat flavors in a very light colored hue.

The Wit from Day Block: This wonderfully refreshing brew boasts the perfect blend of hops, Coriander, and orange! 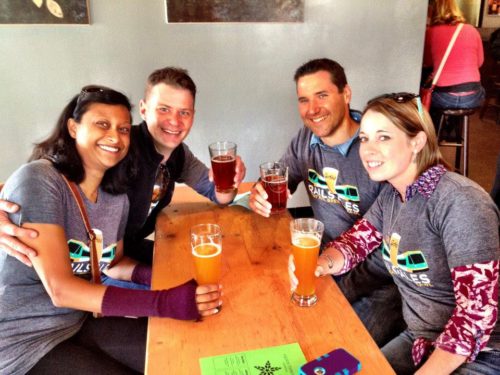 Anniversary Neat from Bang Brewing: (Specialty Release) In celebration of Bang’s one year anniversary they released  this specialty brew of their flagship (and delicious!) Neat that had been aged for an entire year.

Strawberry Thunderstorm from Town Hall: (Specialty Release) A light and refreshing summer seasonal that has been infused with strawberry to give this already delicious brew a pink hue and a balanced sweetness.

Big thanks to all of our participants who voted and a massive congrats to all the breweries!  No matter if you joined us on the rails, or if you weren’t able to get a ticket, we encourage you to head out to these amazing breweries and try all the unique beer varieties offered at these establishments.  Cheers!