More importantly, why should you join in on our next yoga and beer event?

I get it. Yoga can be a bit intimidating. There’s all the people who’ve been doing it forever and are really good at it – bending their bodies in ways you didn’t think was possible. A natural reaction to that would be a big fat NOPE. Then there are those fancy mats. Carrying 20 lb weights looks tough, carrying around a purple mat does not.

I’m here to break down some reasons yoga is actually really, really awesome. 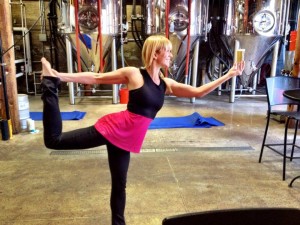 2. You don’t have to meditate while doing it—but you can. The emphasis on concentrating on breathing helps increase oxygen to your brain while reducing stress and can also increase your mental ability to focus. Or not. I like to listen to my favorite Britney Spears CD because I’m just not quite able to calm my mind enough to meditate. 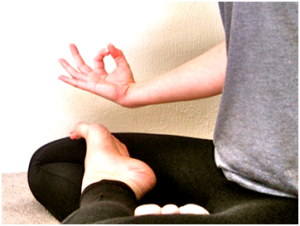 3. You can try it without having to jump on the yoga bandwagon—but many will. Just because it’s beneficial and popular doesn’t mean you have to jump on and do it every day so you can stand on your head. It can be a perfectly good, once in a while treat to your joints and muscles. Although standing on your head can look pretty awesome. 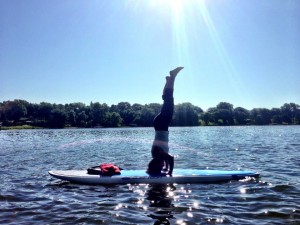 4. Despite the way it looks, it’s not wimpy exercising. This was my first thought, but probably because my first yoga class was a “goodnight” yoga class and I literally fell asleep on the floor. Then I did P90X version of yoga and I still can’t make it through the whole segment due to my legs turning into jello (did I mention all the flexing?) 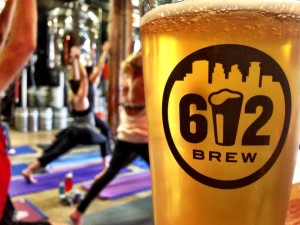 5. You can do it for-ever—and you can do it any-where. Since yoga is so easy on joints, there are 70 year olds that are killin’ the warrior pose better than I can. And while there is equipment that you CAN have (mats, blocks, infamous yoga pants), you can also do it with no equipment. Like on a beach. Or in a brewery. 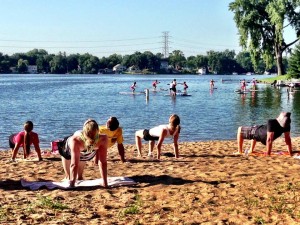 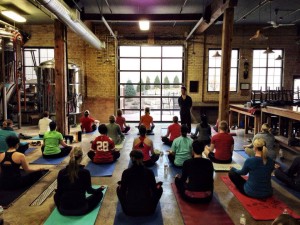 6. If you’re still not convinced, just remember you’ll have this to look forward to at the end. 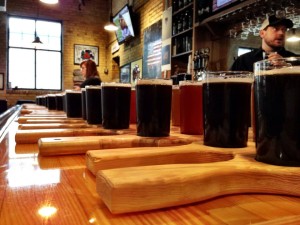 So, find out for yourself and try a GetKnit yoga event to see what’s to love about yoga. You never know what crazy place we’ll be doing a class at next. AND if we haven’t quite convinced you to try yoga with us, keep an eye out for our brewery bootcamp incorporating workouts with kegs and pallets of beer. Coming soon!