Not For Sale Night at Target Field

One of our leading principles at GetKnit, stated smack dab in our company mission, is to “give back to the communities that we inhabit.” We partner with a variety of nonprofits and causes that our GK Gurus are passionate about, in hopes to make a small difference in the world around us. One such organization that our team has been inspired to assist is Not For Sale, which battles human trafficking around the world.

The bad news is, human trafficking is the second largest criminal industry in the world. More than 30 million people are enslaved in the world today, and the trafficking of humans generates a shocking $32 billion per year. Anyone else find that hard to wrap their head around? It is heavy, discouraging news.

But here is some good news: the sports world is standing up against it. Around the world, pro athletes and teams are joining the fight against modern slavery. Don’t you love the way sports has this power to create community, to move people through every extreme of the emotional spectrum, and to unite the world despite terrible things going on around us? Well, we’re leveraging that power to fight human trafficking. And on June 30th you have the chance to rally with us. 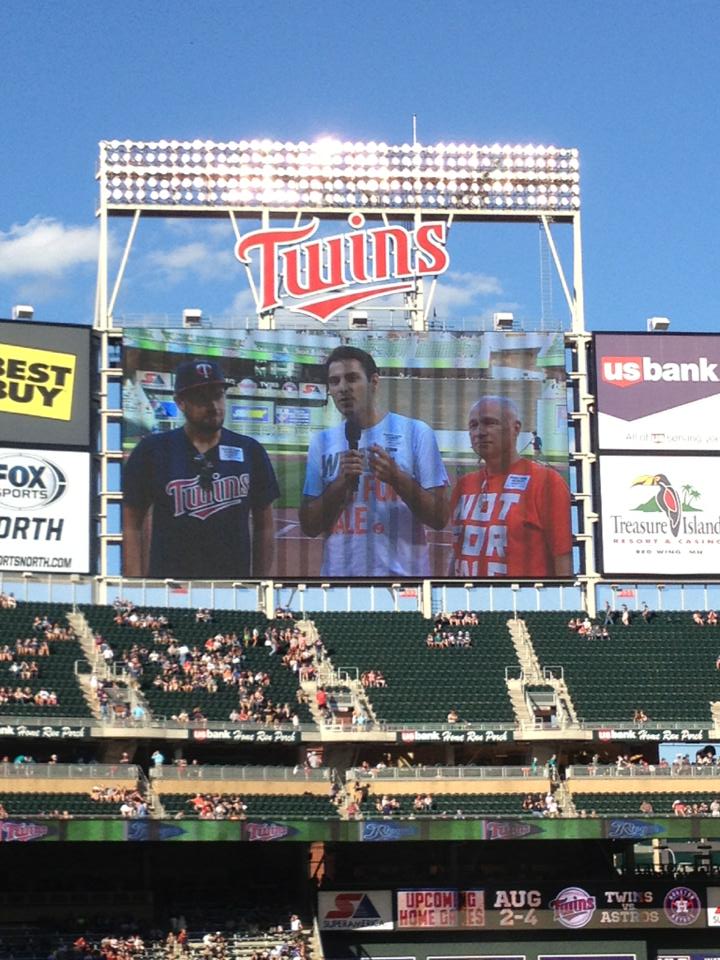 Not For Sale is working in the United States and around the world to bring solutions to modern slavery. Team Not For Sale is comprised of professional athletes and teams who believe that no one should be for sale. They are giving their influence greater meaning, outside of themselves and their teams. They are playing for the freedom of others. Now that is powerful.

Next Monday, June 30th, the Minnesota Twins has joined the fight! Come hang out with some of our Gurus at Not For Sale Night at Target Field, and cheer on the fight against slavery. A home plate ceremony will kick off the night, and Not For Sale advocates will gather pre and post game to celebrate freedom. Purchase your tickets with this link and a portion of proceeds will benefit Not For Sale!

Beforehand (or if you can’t make the game!) head on over to the Titanic Lounge at Kieran’s Irish Pub (85 6th St. N, Minneapolis MN 55403) for a pre-game  happy hour between 4:30 PM and 7:00 PM!  Kieran’s has generously offered our group some drink specials to take advantage of before the game!  Be sure to follow Team Not For Sale on Facebook and Twitter to stay updated on the cause!  See you Monday!