Shirts that Give Back

ProjectAl, where the slogan proudly advertises Original designs that give back to your neighborhood.  ProjectAl is a rad T-Shirt company that has partnered with local artists to design t-shirts for local businesses, primarily well known watering holes and dearly loved bars, 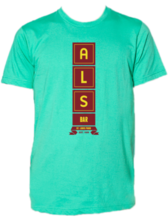 throughout the Twin Cities.  One of the defining features of ProjectAl is their model which funnels proceeds from each T-shirt directly back into the community.  Proceeds go to the local artist who designed it, the local establishment featured on the t-shirt, and a local charity of the consumer’s (or establishment’s) choice.

ProjectAl creators,  Charley Holden and Derek Hood, say they started ProjectAl “in order to distract us from our day jobs. Things we like include: design, drinking beer and supporting local businesses & charities. We figured that this project would be a fun way to combine all of these things into something that benefits the Twin Cities community.”

ProjectAl gets it’s name from the historic Al’s Bar, formerly located in St. Louis Park.  In the Summer of 2009, Al’s Bar was demolished to make way for a condo building. The establishment had been around since the 1920’s and even boasted a legitimate bootlegging operation during prohibition. 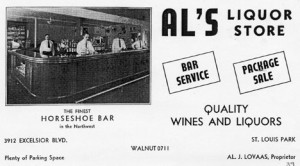 Al’s Bar was very active in the community and frequently sponsored sports teams.  The owner of Al’s Bar fared well in the sale of the bar, but this is rarely the case when an independent business goes under.  The guys at ProjectAl decided to create a project to help people remember and support local landmarks and to keep the corporate chain stores away, or in the words of Charley and Derek “things that tend to suck the life and culture out of communities”.

ProjectAl has over 15 unique T-shirt designs supporting local establishments and 10 different charities some of which include: Second Chance Animal Rescue, The Cookie Cart, AchieveMPLS, Bolder Options, Springboard for the Arts, Cycles for Change, and Open Arms of Minnesota.

Buy t-shirts, drink beeer, and give back to your community! Projectal.com